MARS is a lightweight interactive development environment (IDE) for programming in MIPS assembly language, intended for educational-level use with Patterson and Hennessy’s Computer Organization and Design. Developed by Pete Sanderson (psanderson@otterbein.edu) and Kenneth Vollmar (kenvollmar@missouristate.edu).

The StackVisualizer tool and application allows the user to view in real time the memory modification operations taking place in the stack segment with emphasis to $sp-relative memory accesses. The user can also observe how pushes/pops to/from the stack take place. The address pointed by the stack pointer is displayed in an orange background while the whole word-length data in yellow. Lower addresses have a grey background (given that stack growth takes place from higher to lower addresses). The names of the registers whose contents are stored in the stack, are shown in the “Stored Reg” column. In the “Call Layout” column, the subroutine frame (activation record) layout is displayed, with subroutine names placed on the first address written in the corresponding frame. 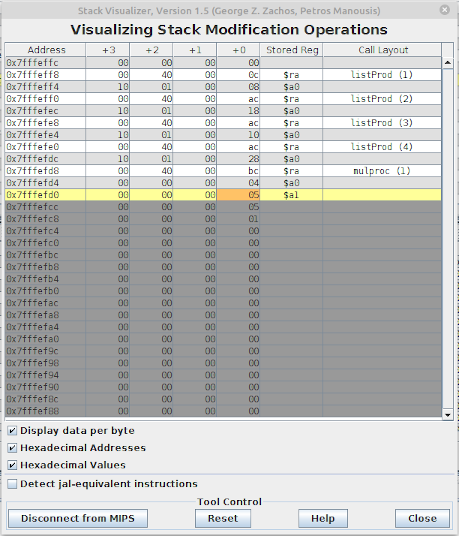 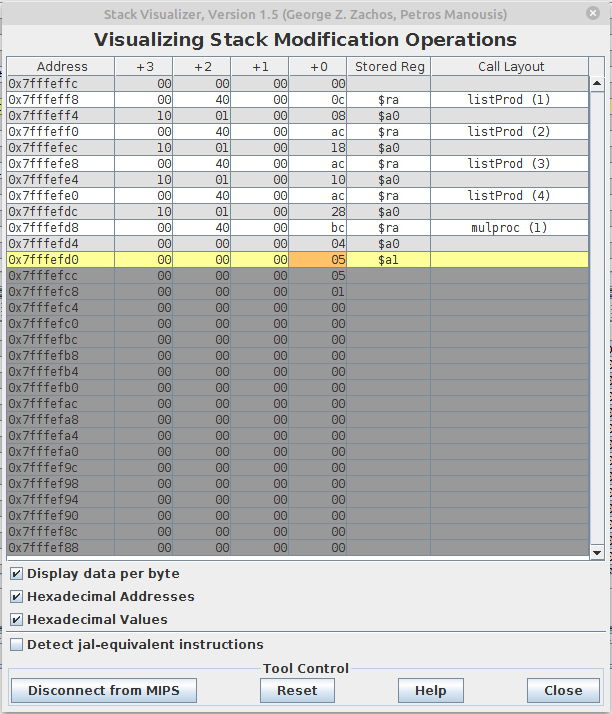 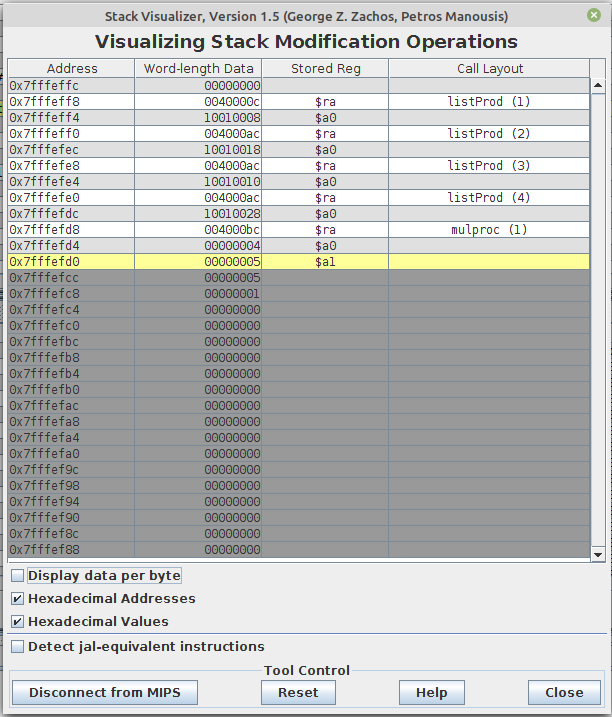 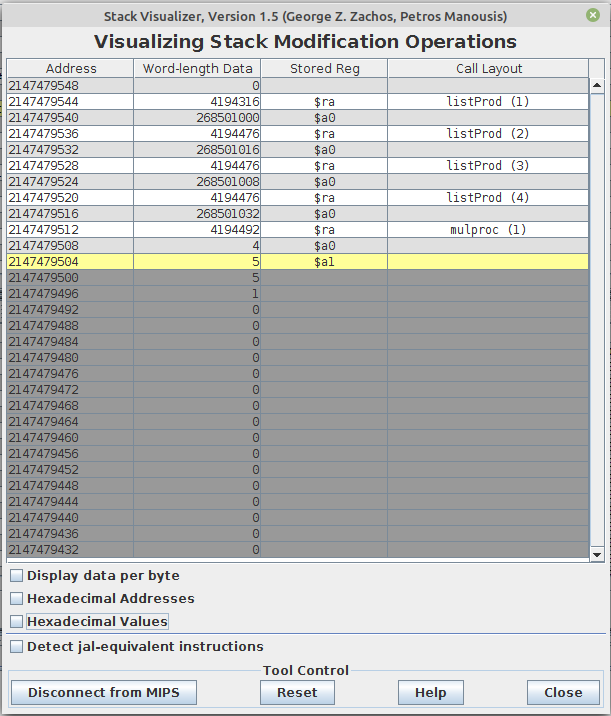 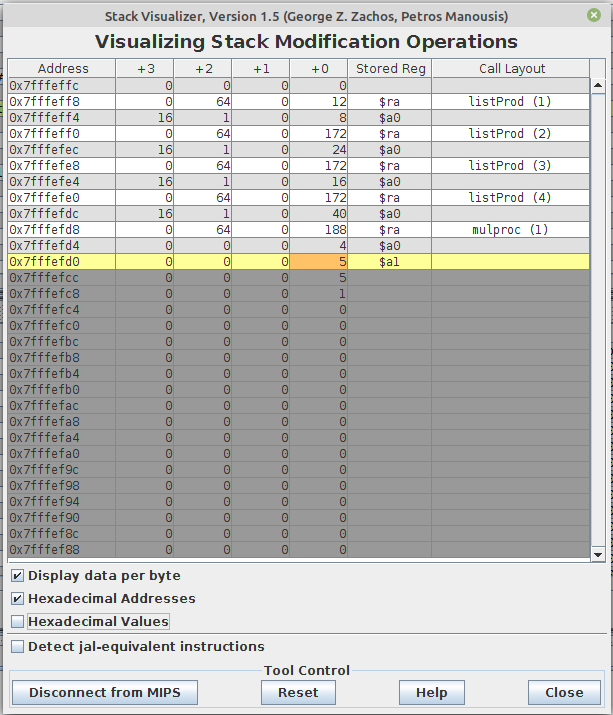 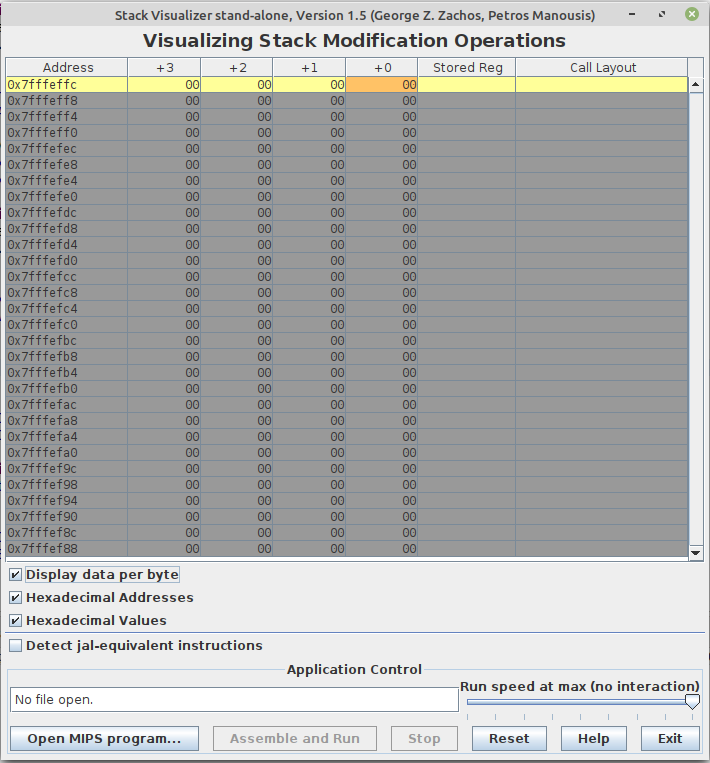 After building this project, script create-jar.sh can be used to create an executable JAR file. It is provided as a replacement to CreateMarsJar.bat included in the original JAR file.